NEW REPORT: DON'T BE EVIL — A SURVEY OF THE TECH SECTOR'S STANCE ON LETHAL AUTONOMOUS WEAPONS

As we move towards a more automated world, tech companies are increasingly faced with decisions about how they want — and don’t want — their products to be used. Perhaps most critically, the sector is in the process of negotiating its relationship to the military, and to the development of lethal autonomous weapons in particular. Some companies, including industry leaders like Google, have committed to abstaining from building weapons technologies; Others have wholeheartedly embraced military collaboration.

Despite the 2017 international Treaty on the Prohibition of Nuclear Weapons, weapons companies continue to build them. Facilitating this production is a massive amount of investment capital contributed by private financial institutions.

Don’t Bank on the Bomb’s new report, Shorting our security: Financing the companies that make nuclear weapons, identifies which banks are investing in nuclear weapons producers, and how much they're investing.

As artificial intelligence works its way into industries like healthcare and finance, governments around the world are increasingly investing in another of its applications: autonomous weapons systems. Many are already developing programs and technologies that they hope will give them an edge over their adversaries, creating mounting pressure for others to follow suite. 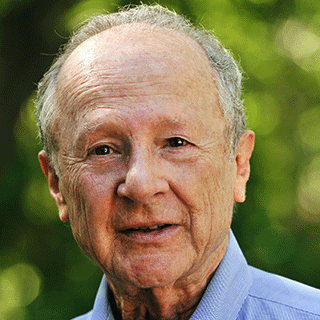 On April 9th, Dr. Matthew Meselson received the $50,000 Future of Life Award at a ceremony at the University of Boulder’s Conference on World Affairs. Dr. Meselson was a driving force behind the 1972 Biological Weapons Convention, an international ban that has prevented one of the most inhumane forms of warfare known to humanity. April 9th marked the eve of the Convention’s 47th anniversary.

Meselson’s long career is studded with highlights: proving Watson and Crick’s hypothesis on DNA structure, solving the Sverdlovsk Anthrax mystery, ending the use of Agent Orange in Vietnam. 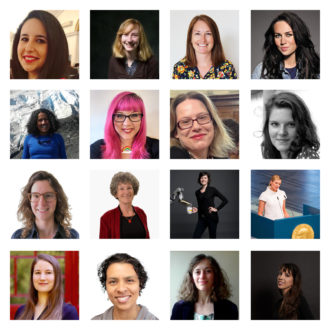 WOMEN FOR THE FUTURE

This Women’s History Month, FLI has been celebrating with Women for the Future, a campaign to honor the women who’ve made it their job to create a better world for us all. The field of existential risk mitigation is largely male-dominated, so we wanted to emphasize the value — and necessity — of female voices in our industry. We profiled 34 women we admire, and got their takes on what they love (and don’t love) about their jobs, what advice they’d give women starting out in their fields, and what makes them hopeful for the future.

For the first two weeks in December, the parties to the United Nations Framework Convention on Climate Change (UNFCC) gathered in Katowice, Poland for the 24th annual Conference of the Parties (COP24).

The UNFCCC defines its ultimate goal as “preventing ‘dangerous’ human interference with the climate system,” and its objective for COP24 was to design an “implementation package” for the 2015 Paris Climate Agreement. This package, known as the Katowice Rules, is intended to bolster the Paris Agreement by intensifying the mitigation goals of each of its member countries and, in so doing, ensure the full implementation of the Paris Agreement.

GENOME EDITING AND THE FUTURE OF BIOWARFARE: A CONVERSATION WITH DR. PIERS MILLETT

In both 2016 and 2017, genome editing made it into the annual Worldwide Threat Assessment of the US Intelligence Community. (Update: it was also listed in the 2019 Threat Assessment.) One of biotechnology’s most promising modern developments, it had now been deemed a danger to US national security – and then, after two years, it was dropped from the list again. All of which raises the question: what, exactly, is genome editing, and what can it do?

Dubbed “the evil twin of global warming,” ocean acidification is a growing crisis that poses a threat to both water-dwelling species and human communities that rely on the ocean for food and livelihood.

Since pre-industrial times, the ocean’s pH has dropped from 8.2 to 8.1—a change that may seem insignificant, but actually represents a 30 percent increase in acidity. As the threat continues to mount, the German research project  BIOACID (Biological Impacts of Ocean Acidification) seeks to provide a better understanding of the phenomenon by studying its effects around the world.

The Paris Climate Agreement seeks to keep global warming well below 2 degrees Celsius relative to pre-industrial temperatures. In the best case scenario, warming would go no further than 1.5 degrees.

Many scientists see this as an impossible goal. A recent study by Peter Cox et al. postulates that, given a twofold increase in atmospheric carbon dioxide, there is only a 3% chance of keeping warming below 1.5 degrees.

But a study by Richard Millar et al. provides more reason for hope.

UNDERSTANDING THE RISKS AND LIMITATIONS OF NORTH KOREA'S NUCLEAR PROGRAM

Late last month, North Korea launched a ballistic missile test whose trajectory arced over Japan. And this past weekend, Pyongyang flaunted its nuclear capabilities with an underground test of what it claims was a hydrogen bomb: a more complicated — and powerful — alternative to the atomic bombs it has previously tested.

Though North Korea has launched rockets over its eastern neighbor twice before — in 1998 and 2009 — those previous launches carried satellites, not warheads. And the reasoning behind those two previous launches was seemingly innocuous: eastern-directed launches use the earth’s spin to most effectively put a satellite in orbit.